More Than Just a Piece of Paper 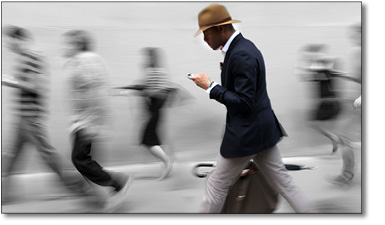 Millions of Americans travel outside the United States every year for business and pleasure. Most venture to generally innocuous locales which are familiar or which they feel a sense of safety even though the most generic and democratic cities of North America, Europe or Asia can harbor diverse forms of criminality. Yet others choose to travel more adventurously to exotic, infamous countries of the world where sordid lawlessness is an everyday way of life and where Americans are prime targets.

Aside from the disgusting mass-casualty terror acts we have witnessed recently in the Middle East and Western Europe, the much more common and greater threat to Americans traveling the world are kidnappings for ransom. Violent kidnappings, unlawful detentions and extortion have become regular revenue-generating tactics of organized criminal enterprises throughout much of the developing world. Kidnappings happen everywhere in the world, but the usual suspects such as Mexico, Venezuela, Sudan, Pakistan, Afghanistan, Iraq and Syria remain at the top of the list, and visitors to those countries should be cognizant and on high-alert. But risk assessors are reporting upticks in kidnapping cases over the past 18 months in North and West Africa, Yemen, the Philippines and Malaysia, brought on by actions of al-Qaeda and other Islamist extremist groups as well as less-sophisticated rebel and guerilla insurgents.

Hundreds of thousands of American aid workers, government contractors, private security forces, missionaries, oil workers and business persons work in and around these countries on lengthy rotations. And many more U.S. residents travel there for shorter periods as tourists on vacation or to visit family. They are excellent targets for kidnappings, and they need insurance protection.

Petersen International is a leader in the global kidnap and ransom (K&R) insurance market. Our K&R product is more than just peace of mind and more than just a piece of paper. It is a highly reactive, responsive plan that doesn’t just sit idle and pay a monetary benefit in case of a claim. Petersen’s K&R policy does so much more. It actively protects the life and wellbeing of the insured person by providing a highly-trained and vetted crisis response team whose only goal is the safe return of a kidnapped or detained client. The crisis response team knows who to work with and how to work best with the authorities and the antagonists in any situation anywhere around the world.

The insurance policy also reimburses for any ransoms paid, and the product provides a long list of ancillary benefits, including but not limited to personal accident and rehabilitation, travel expenses, income and asset protection and personal security expenses.

Petersen International’s K&R coverage is available to any resident of the United States or Mexico on individual, family or corporate chassis. To hear more about the diversity of the program and for a full outline of benefits, call us at (800)345-8816.