What Constitutes an Accidental Death? 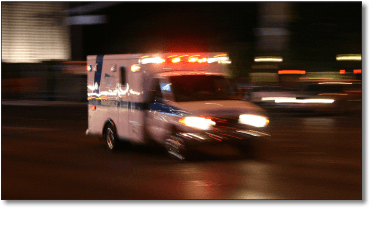 Amongst insurance policy definitions, the common verbiage dictates that an accidental death is a loss of life due to any reason other than natural causes; natural causes meaning disease or old age.  Therefore, even if there is an intentional taking of life (apart from suicide), not necessarily by accident, the loss is valid and insurable.  Murder is considered an accidental death even though there may be intent to kill and end a life.

Other common claim scenarios arise due to slip and falls, accidental weapon wounds, car and motorcycle accidents, drowning, pedestrian and bicycle accidents, head traumas, work-related machinery malfunctions and plane crashes.  In a world as busy as ours is today, “accidental” death should be a real concern to anyone and everyone.

In the market, we frequently see the need for accidental death insurance for travel and business purposes.  It has become very common for clients wanting additional death benefits for business trips and family vacations outside the United States.

Since 2001, war and terrorism coverage has become important for anyone traveling internationally.  Petersen International’s accidental death program automatically includes coverage for acts of war and terror at no additional cost to the client, and we can cover U.S. residents traveling anywhere in the world including war zones and political hotspots.  This versatile plan offers popular supplemental benefits such as dismemberment coverage and accidental permanent disability coverage.

Considering the global dangers brought about by underdeveloped and developing technology platforms as well as the widespread heinous acts of terror organizations, accidental death insurance should be a logical consideration of every American no matter where they live or travel.  For insurance quotes and more information, contact us at (800)345-8816.