A Lifetime of Advocacy 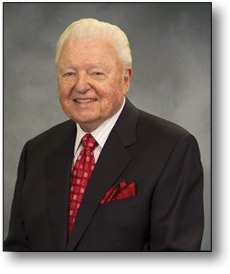 We are extremely proud to announce that our Chairman of the Board, W. Harold Petersen, was inducted into the Iowa Insurance Hall of Fame on May 19th.  Accompanied by his wife, daughter and two of his sons, Harold was one of five insurance professionals honored at a ceremonial dinner held at the Olmstead Center at Drake University in Des Moines, Iowa.

An Iowa native, Harold was born and raised on a very humble dairy farm outside the small town of Council Bluffs, just across the Missouri River from Omaha, Nebraska.  He witnessed first-hand the familial financial devastation caused by the sudden disablement of his father.  A severe back injury left Harold’s dad unable to run the farm which the family subsequently lost to creditors.  A childhood spent under economic hardship helped shape Harold’s determined and lifelong advocacy for disability insurance, and started his mission to help Americans financially protect their hard-earned incomes.

His career began in 1948 at Mutual of Omaha as an underwriter, building their fledgling disability insurance sector.  In 1956, Harold was recruited by American United Life Insurance Company of Indianapolis to forge their accident and health insurance division.  Four years later, he started his own disability carrier called Underwriters National Assurance Company which he ran until 1967 when he moved his young family to Los Angeles to form an insurance marketing and management firm which evolved into what is today known as Petersen International Underwriters.

With a focus on the high-limit and specialty disability insurance market, Petersen International, under Harold’s leadership, has grown into the largest personal accident Coverholder at Lloyd’s in the United States.

But Harold has also put his passion for disability insurance into more altruistic endeavors.  Over the past 65 years, he has guest-lectured on advanced health underwriting methodology at dozens of the country’s most notable universities, and he has developed several nationally sanctioned health insurance and financial planning training courses.  Most importantly, Harold recognized the need for a national association devoted specifically to disability insurance when he co-founded the International DI Society in 2005.