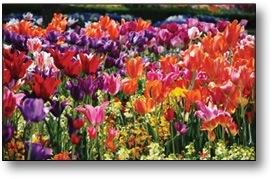 “Though April showers may come your way, they bring the flowers that bloom in May.”  So goes the old Al Jolson tune.  My father loved that song.  He loved the attention he got when he began singing it as a small child in front of his parents’ dinner parties.  The hysterical uproar that ensued was entirely at his expense; my dad could never carry a tune, and that is putting it graciously.  But the laughing and ridiculing never dampened his enthusiasm even through adulthood.  Besides the nostalgia and his apparent enjoyment of making a fool of himself, I think he appreciated the lighthearted, positive message behind the lyrics.

Aside from his dubious singing career, my father was an incredible attorney.  He earned a reputation as one of the greatest civil litigators in the state of California, and after almost 40 years, he retired as general partner of a Los Angeles-based firm.  Retirement was short-lived, however, and he was soon recruited by Petersen International to work on insurance legislation efforts with state governments across the country as in-house counsel.

After a couple of successful years in the insurance world, my dad (and the rest of the family) began noticing increasingly-severe physical changes to his body.  A slight slurring of his speech was followed by muscle degradation and an obvious hindrance to his walk.  But he was a strong man, and continued to be productive as an employee.  Several misdiagnoses later, it was determined that he was afflicted with ALS, more infamously known as Lou Gehrig’s disease.

The news was devastating to my family and to this company.  My dad was terminally ill.  His sickness progressed quicker than most, and within a year of diagnosis, he was no longer able to make it into the office.

Fortunately, my father fully believed in and embraced the importance of personal disability insurance early in life.  Within months, my parents were receiving DI benefits from multiple carriers.  They were able to maintain a semblance of their lifestyle and afford the lofty expenses of his medical treatments.  The monthly benefits kept my mother fiscally sound and sane during a lengthy period of transition.
Disability insurance was the light during a time of great darkness for my family.  You never know to whom or when disablement will hit, and it is much more common than most Americans think.  My parents were financially protected with high limits of disability insurance.  Are your clients fully protected?

The song “April Showers” will always remind me of a great man who was able to take care of his family throughout the tragedy of his premature demise.  My dad succumbed to ALS on December 4, 2013, two weeks after his 61st birthday.