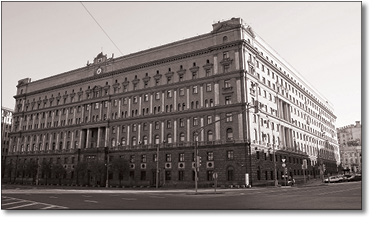 PART 2 – The experience of collecting premiums and investing reserves was probably the beginning of our industry’s inclination to view life insurance companies first as financial institutions and second as insurers. Life companies in general do not respond well to underwriting risk. Understanding this helps us to see how a separate insurance industry, the health insurance industry, developed between the life and casualty segments of the market.

In the earliest stages of development, specialty companies that addressed the niche between life and casualty insurance provided the exploration of the Accident and Health Insurance Market. Some were unsuccessful while others had remarkable success. Specialty accident and health insurance entrepreneurs made some great fortunes. Despite these successes, most life and casualty companies remained aloof from the accident and health insurance business.

Along with the changing labels was a transition of interests in the kinds of insurance banded under the heading, “health insurance.” In 1847, the Massachusetts Health Assurance Co. became the first U.S. insurer to offer benefits for sickness insurance. Three years later, the Franklin Health Assurance Co., another Massachusetts insurer, began issuing accident insurance plans. Neither company enjoyed sustained success. Even then the designations were confusing because health companies sold accident plans and accident companies sold sickness plans.

In 1907, the first non-cancelable, guaranteed renewable disability policy was issued in the United States. This development confirmed the public’s awareness of the need for insurance protection against loss of income. The Industrial Revolution had prompted many Americans to abandon the survival occupation of hunting and gathering for working for a paycheck. The choice was not difficult. With earned income, one could buy a house instead of building an ugly, drafty shelter; one could buy stylish and comfortable clothing instead of wearing an animal’s hide; one could buy food that tasted good and was nourishing instead of eating things only to survive.

With dependence on a paycheck and losing the primitive activities involved with grubbing existence out of the earth, people became captives to their work. Many employers, enjoying employment power, often forced employees to work in hazardous and unhealthy conditions. Injuries on the job and industrial disease caused serious financial problems for many. In 1908 the federal government enacted the Workers’ Compensation Law, a law that was intended to bring relief to the vast numbers of people who were devastated by the financial effects of disablement incurred on the job.

The case for disability insurance got a substantial intellectual lift when Dr. Solomon Huebner published his concept of Human Life Value, which he defined as the capitalized value of a lifetime of earnings, a person’s greatest asset, and a potential loss, which should be addressed as a very serious insurance need.

Dr. Huebner further observed that there are two kinds of economic death, Dead Death and Living Death that can bring on the catastrophic situation in which a person no longer can produce income, and all who had depended on that income will suffer dire financial consequences. “The only difference,” he stated, “between the Living Death and the Dead Death is six feet of sod” and of the two, Living Death is the worst economically because the victim is still here, a total consumer without being a producer. And, in addition to the living costs there are the mounting added costs of hospitals and doctors. (Author’s Note – Hospital Insurance had its beginning in 1935; Major Medical Insurance in 1949, long after his description of living death.)

Beyond the experimental efforts to combine disability coverage with life insurance, little effort was given to bringing living death insurance to the American people. The few life companies that did enter the Accident and Health Insurance field in the 1920’s were seriously hurt by the 1929 stock market crash. People out of work and desperate for income were filing false claims, malingering on legitimate claims and even inflicting injuries upon themselves to collect benefits. Improper and careless underwriting during the boom years of the late 1920’s compounded insurers’ devastating results. Discouraged, the life companies left the Accident and Health sector and did not reenter it until the 1950’s.

To be continued next week…