From Mt. Olympus to the Shores of Rio 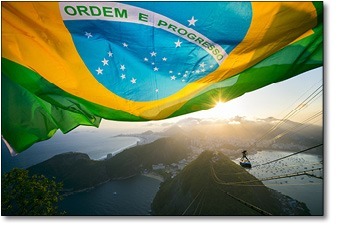 The Games of the 31st Olympiad are coming to the beautiful and wild shores of Rio de Janeiro this summer.  And like the Sochi Games of a couple of years ago, the Rio Olympics are already tainted by crisis.  Rumors are swirling of government corruption and unsafe conditions for spectators and competitors alike.  The entire world is waiting to see if the Olympic Games will prove to be a triumphant moment for Brazil or will exacerbate the many problems currently plaguing the country.

Amid allegations of political corruption and fraud regarding illegal campaign contributions, the country’s President Dilma Rousseff has found herself the target of impending impeachment.  She has been suspended and awaiting a six month trial.  Furthermore, the interim leader, Michel Temer, has his own legal issues and is not a popular choice among the Brazilian people.  The country is in political and economic turmoil.

As of 2014, Brazil’s economy is slumping and the country has fallen into the worst financial crisis in over a century.  In just two years, unemployment has risen 11% and wages have plummeted.  The billions of dollars being spent on Olympic-related construction and infrastructure improvements have caused the government to cut budgets on housing, education and poverty programs.  The separation between social classes is expanding, driving the crime rate to new levels.

But even more immediately alarming to the participating nations who will be traveling to Rio this summer are the chronic health and environment issues that could affect the athletes directly.  Guanabara Bay, the waterway where the sailing and some swimming events will take place, is dangerously polluted with toxic waste.  As of 2015, the bay’s water contained 1.7 million times the sewage levels that would be considered safe in Europe or the United States.  Efforts are being made to protect the Olympians through strategic placement of “eco-barriers” attempting to keep trash and pollution out of the water, but will it be enough by the time the athletes arrive?

The other major developing health concern is the widely publicized outbreak of Zika virus which has been linked to severe illness and birth defects.  The Brazilian government dispatched military and health professionals to effectively rid Rio and the surrounding areas of the mosquitoes that carry the virus, but international experts believe there are still great risks facing those traveling to the Games.  Numerous star athletes are publically voicing concerns and contemplating complete withdrawal from competition.

Despite these serious problems, thousands of athletes will make the trip to Rio to participate in their scheduled events.  Petersen International has been busy writing disability insurance policies on American and international Olympians, including boxers, track and field athletes and basketball stars, all of whom are seeking financial protection specifically for their upcoming travels to Brazil.

Call Petersen International at (800)345-8816 to hear more about the insurance lines available to protect the athletes and spectators who will be making the journey to Rio de Janeiro this summer.  We all hope that the splendor and magic of the Olympic Games will overshadow the serious concerns facing the country of Brazil now and into the future.