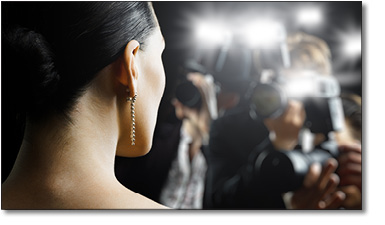 The Oxford Dictionary defines the word “celebrity” as “a famous person, especially in entertainment or sport.” In this age so dominated by the millennial mindset, fame has found its way to persons of many genres that tend to push the boundaries of antiquated interpretations of sport and entertainment commonly found throughout the twentieth century.

Our digital world of electronics and the internet has groomed new outlets of entertainment that have created celebrities falling outside traditional definitions. It seems that nowadays anyone whose likeness stumbles in front of a camera is eligible for fame and celebrity status. Merit, talent and likeability are not prerequisites.

In 1992, MTV first aired their popular and “unscripted” program called “The Real World” which opened the door to reality television in the United States. Since then, the likes of the self-absorbed Kardashian clan and many angry “housewives” have taken over cable programming leading to spin-off after spin-off and many millions in annual revenue.

The internet and social media sources have spawned their own world of unconventional “stars” including YouTubers who video and post themselves doing any number of mundane to unimaginable activities to the delight of millions of followers.

The idea of the professional sports personality is also rapidly evolving (or maybe devolving). Paying spectators now cheer for video gamers, remote control drone flyers and other “athletes” that never even break a sweat or get up from a padded leather chair, but earn six figures nonetheless from corporate sponsorships.

On the music front, disc jockeys whose popularity and celebrity rival the most talented of musicians and award-winning pop stars have taken the spotlight.

And although the idea of these “unconventional” celebrities may seem surreal or absurd to you, many of them are earning millions of dollars every year. Their fame has done them well and they have insurance needs just like any other Hollywood star. As their popularity and mediums differ, so do their incomes, most of which we see in the six to eight figure range.

Petersen International employs the StarCoverSM high-limit disability plan to provide long-term, own-occupation income protection insurance to these clients who come from all walks of life. Their fortunes are at risk in the face of disablement just like any other working American.

The American dream – anyone with a cellphone camera, a personality and a haphazard idea can be famous…or more likely infamous.