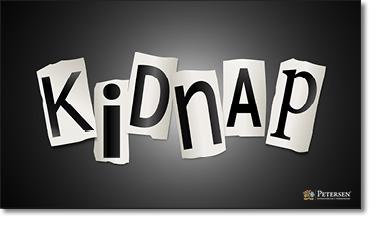 So you’ve taken your family on an exotic holiday to somewhere you’ve only dreamed about; a foreign land with beautiful beaches, primitive forests and exciting marketplaces. The culture and customs seem almost alien to you, but your senses are hyper-stimulated and you are constantly filled with wonder and amazement. This is just what you wanted – to show your spouse and children a different world as you come to appreciate a place completely unfamiliar.

But there are many known and unknown hazards abound. You have planned well by securing travel insurance, some form of life insurance and international medical coverage. You seem to be as financially protected as possible during your travel. But are you protected for the truly unimaginable, the unthinkable. Have you ever considered the prospect of being kidnapped while on vacation? The idea may sound farfetched, but in reality, we live in a world where kidnappings for profit have become an epidemic.

According to the Foreign Policy Centre, an independent UK-based foreign affairs think tank, “Economic kidnapping is one of the fastest growing industries in the world. It is estimated that kidnappers globally take home in the region of $500,000,000 each year in ransom payments: the hostage is a commodity with a price on his head. Reliable statistics are hard to come by, but it is estimated that there are approximately 10,000 kidnappings each year worldwide.” Millions of Americans travel for business and pleasure around the world throughout the year, and they are ultimately becoming targets for unscrupulous characters and organized crime networks.

Just the mere thought of being kidnapped or having a loved one or co-worker held against their will in a foreign land is sickening. Yet we don’t fully take into consideration how common kidnappings for ransom have become. The reality of this problem extends to most developing and third world nations throughout Latin America, the Middle East, Africa and Southeast Asia.

But recent statistics show that the problem is evolving and expanding further throughout the developed world to countries with effective governments and strong economies. In 2017, there were kidnaps for ransom in 87 nations, demonstrating that the crime is not isolated to a few infamous areas.

Furthermore, there is a noticeable complication: no longer are the extremely wealthy sole targets. Every American and European tourist, journalist, missionary and private/governmental contractor is at risk of being singled-out as profitable merchandise, facing prolonged captivity and even torture and/or death at the hands of thieves and pirates. And unlike large corporate entities and wealthy individuals, private security during international travel is usually not an affordable option for most travelers. Therefore, the best alternatives are to travel with safety in mind and to be fully aware of surroundings at all times. Travel intelligently and be sure to secure Kidnap & Ransom insurance.

Petersen International Underwriters has offered Kidnap & Ransom insurance for over 25 years. But today the coverage is more popular, more frequently requested and more important to international travelers than ever before. The insurance product provides a myriad of benefits including, but not limited to ransom reimbursement, personal accident benefits including death and disability, reward payments for informants and loss of income benefits during detention.

Most importantly, the insurance provides unlimited benefits for the deployment and support of a crisis response team which is imperative to most kidnapping incidents. The crisis response team has the knowledge and experience to effectively negotiate and advise during a dangerous situation with the ultimate goal of returning the client and his or her family to safety.

Kidnap & Ransom insurance from Petersen International is available for short or long durations to individuals, families and corporations. Call (800)345-8816 for a complete outline of benefits and pricing.