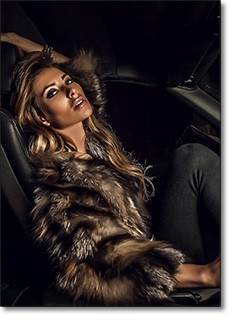 According to World Health Organization estimates, there are over 30,000 human diseases known to modern medicine. Of those classified and analyzed conditions, roughly two-thirds have no known effective treatment. Yet, we have come a long way from the archaic days of visits to the medieval barber for blood-lettings or shock therapies to improve ailments of the twentieth century. Medicines have evolved, and treatment methods have as equally improved to great effect on the human race. People are living longer than ever. But as immune systems and lifestyles change over the generations, certain afflictions blossom and create epidemics that affect world populations.

Several such conditions like Ebola and Zika are born unto poor developing countries with insufficient sanitation controls. Sometimes these tropical viruses find their way to the United States, but so far have remained under control or completely wiped out. But there are other diseases that are flourishing in America that bring about longer term concerns.

In the last 10 years, we have also seen a dramatic rise in the amount of patient prescriptions for anxiety and mood disorders as well as rehabilitation stints for drug and alcohol dependence.

These varying ailments and conditions have become common among disability insurance prospects and probably among your clients as well. Unfortunately, the standard, traditional disability market doesn’t provide many solutions for impaired risk cases. Several secondary carriers rely on offerings of graduated or graded benefit programs with heavy benefit limitations, but Petersen International is the true expert on substandard and impaired risk underwriting in the U.S.

For almost 40 years, we have worked alongside veteran actuaries and underwriters of the U.S. and European disability markets as well as a number of prominent American physicians to formulate the best and most progressive underwriting methodologies in the nation. We are able to provide monthly and lump sum “own occupation” disability benefits to many applicants who have been previously declined by traditional DI companies.

The secret is in the many decades of experience of our in-house underwriters and medical directors as well as the flexibility of our term disability products. Petersen International’s underwriting authority is second to none in the industry and allows for the calculated taking of risk that most carriers won’t accept.

If your disability or life insurance clients have health concerns that are finding them uninsurable with your usual carriers, contact Petersen International immediately. We have the experience, adaptability and proven product lines to protect your clientele.