Pot’s Lingering Effect on the Business of Insurance 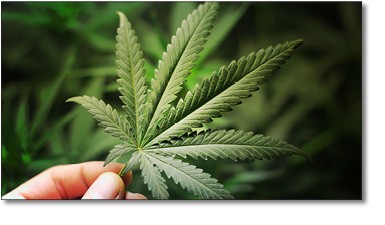 Ever since Reefer Madness was released in the 1930’s, through the counter-culture era of the 1960’s, to the beginning of the 21st century, America remained at war with weed. Marijuana has historically been persecuted similarly to “harder” illegal drugs by state and national legislatures and law enforcement, creating moral hazards that are just now being addressed with the changing views on pot cultivation, distribution and use. Even though it remains illegal on a national level, recent legislation among many states in the union has somewhat eased the societal stigmas associated with the use of pot and the taxation/revenue generation of the marijuana industry.

Cannabis use for medicinal purposes is now legal in 28 states as well as Washington, D.C. Recreational use of marijuana is now legal in seven states as well as Washington, D.C., and after recent elections, several more states will soon be added to both of those lists. Encompassing multiple generations, America has grown more liberal in its attitude toward herbal intoxicants in the last 15 years.

That fact has carried over into the life and health insurance industry. Disability and life underwriters have become more accustomed to seeing clients who smoke marijuana or use pot-laced products on a regular basis. In the past, these prospects would have been automatic declines by most life insurance and disability insurance companies. But underwriting methodologies have liberalized to a greater extent in the past few years and pot users are generally classified and rated similarly to tobacco users. Bottom line, persons who use marijuana can now find sufficient levels of income and asset protection from disability and life carriers.

Yet, finding appropriate business insurance for the marijuana industry itself remains a substantial challenge. Millions of dollars are being raised all over the country by investors looking for big returns on start-up growing and distribution businesses, and those investors are wanting to hedge their bets in the fledgling industry with life and disability insurance. Unfortunately, the traditional markets won’t yet entertain business insurance for pot businesses or personal insurance for those working in those businesses. However, the international markets seem to be more open to the prospect.

Underwriters in the Lloyd’s market are willing to offer personal insurances on those working in or running cannabis companies, but they too have shied away from pure business coverage. There are a few underwriters in the greater London market that recognize a bigger picture and a legal, regulated and flourishing future for the marijuana industry in America. They are willing to write key person, loan and buy/sell insurance on the lives of the owners and operators of the multi-million dollar distribution companies and grow operations popping-up throughout the U.S.

The glaring roadblock to the insurance business is that the use and cultivation of pot is still illegal in various states and in the eyes of the federal government. But Pandora’s Box has been opened and the tide of legalization is steadily sweeping across a country with more permissive views towards pot than ever before. As the marijuana industry in the United States continues to set its foundations, will domestic insurance carriers also find a profitable and stabilized future in insuring the cannabis market?