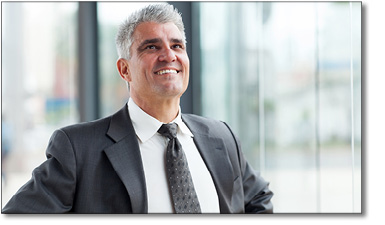 Mr. Doe was born and raised in an upper-middle class household in suburban Chicago in the fifties. His father was a successful restaurateur and his mother, when not providing taxi service for their four children, ran a children’s clothing store. Mr. Doe was fortunate enough to spend his summers with friends at camp or on family holidays to Hawaii and Europe. In the summer of 1964, he was knocked unconscious while body-surfing at Waikiki Beach – the first of many concussions he would suffer throughout his lifetime.

At the age of 13, he was sent by his parents to a preparatory school in Massachusetts where he endured more head trauma while playing football for the school’s freshman team. Although sports weren’t among his accolades, he applied himself scholastically and was accepted to the University of Southern California where he studied medicine. His difficulties with passing organic chemistry frustrated his pursuits into the medical field, and he changed his focus to becoming an attorney.

After graduating with honors from Loyola Law School, Mr. Doe passed the state of California Bar Examination with ease and began practicing law immediately with a Los Angeles-based firm. After several years, he was made partner and landed a spot on the firm’s softball team. He surprisingly had an uncanny ability to slow-pitch a softball, and led the team to a number of championships. His softball career was horrifically cut short when an errant throw from the third baseman to the first basemen struck the side of his head resulting in a massive concussion that left him hospitalized.

Despite a number of bodily injuries throughout his life, Mr. Doe remained relatively healthy as he and his wife raised three children. At the age of 59, he began noticing deterioration to his motor functions and muscle mass. His speech became slurred and after several incorrect diagnoses, he was informed that he had a condition called ALS. Still little is known about the disease that infamously took the great Lou Gehrig, but doctors speculated that Mr. Doe’s multiple head injuries combined with occupational stress brought on the terminal disease.

Mr. Doe’s body was ravaged by ALS for several years which ultimately kept him from working. Fortunately, he employed a diligent advisor who, decades prior, saw to it that Mr. Doe had group LTD, basic personal disability insurance as well as a high-limit, excess disability policy, and all were kept up to date as far as appropriate income replacement levels are concerned. At the time of his disablement, 65% of his annual income was protected.

The monthly benefits from all three policies proved to be crucial for Mr. Doe’s wife who, with her modest income alone, was unable to maintain usual household expenses in addition to a number of unexpected and uninsured medical costs that her husband’s treatment and care required. And like most American families, they had little in the way of readily-liquid savings.

Income protection insurance financially and psychologically helped Mr. Doe’s family get through the toughest time of their lives. Mr. Doe’s case is just one of the many claims we see each year where the insurance served its designed purpose and saved the livelihood of a struggling family.

Sadly, Mr. Doe passed away from pulmonary complications due to ALS. He was 61 years old.