Terrible Acts and Accidents Are a Reality 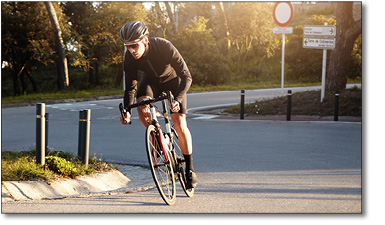 The human body is fragile. Although Mother Nature has given us a sturdy structure of bone, muscle and tissue with the incredible ability to withstand trauma and heal, we aren’t impervious. No matter how healthy a person may be and no matter how much he or she stays physically fit, every human body is susceptible to injury from external forces.

Born in Owensboro, Kentucky and known as “The Kentucky Kid”, Nicky Hayden began motorcycle racing at an early age. He was racing superbikes in high school and in 2002, became the youngest ever AMA Superbike Champion. He went on to the professional ranks of MotoGP, racing under the Respol Honda team banner where he snagged the Rookie-of-the-Year title in 2003. By 2006, he won the league championship. His successful career continued for another 11 seasons of motorcycle road racing.

On May 17th, 2017 while in-between races, Nicky was bicycling the streets of Rimini, Italy. He was struck in an intersection by a moving car and was launched onto the automobile’s windshield. Although he was wearing a helmet, he suffered severe injury to his head as well as chest trauma and fractures to his leg and pelvis. He was rushed to the hospital in critical condition and was later moved to a trauma unit in another town. Nicky Hayden’s condition never improved, and he passed-away on May 22nd. He was 35 years old.

The tale is sad, but not uncommon. Accidents and violent acts take the lives of good people every day. Most of us live in a fast-paced world of freeways and airplanes where technology and speed lend to our risk exposure. Every time you get into a car, walk across the street, jump into a swimming pool, your life is at some level of increased risk. We are also witnessing more frequent criminal acts of terrorism and mass-casualty violence spreading through much of the civilized world.

To indemnify such horrific risk, we buy life insurance, but life insurance isn’t always the right fit and frequently isn’t enough protection. Accidental death insurance should always be considered, not as a second choice or last resort, but as a supplement to traditional life insurance.

Petersen International is the country’s foremost purveyor of high-limit, stand-alone accidental death insurance. Our simplified-issue program provides large amounts of valuable protection over and above personal life insurance. Short-term and long-term individual and group policies are available and include benefits for claims arising during acts of war and terrorism anywhere in the world.

Considering the natural and manmade hazards we face every day, accidental death insurance is a smart, easy and inexpensive way to further financially protect your clients no matter who they are and no matter how much money they make. Contact Petersen International at (800)345-8816 to receive a full outline of benefits.