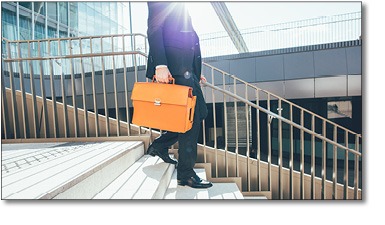 Heroes are an important part of culture and civilization. Heroes stir the imagination of the mind and motivate the romance of the soul. A world without heroes would be a colorless and drifting world. Leaders study heroes. A knowledge of the past and the handling of crisis by heroes helps determine the plan of action for the battles and problems of today.

Knute Rockne, the famous football coach, always took his team back to basics after each game. John Wooden, the legendary UCLA basketball coach, never concerned himself with the competition. He only prepared himself and his team to do the very best they could, at all times.

The Life Insurance Industry has serious problems confronting it. The companies and the agents are faced with a challenge for survival. A recent LIMRA study of MDRT members exposes the fact that our best producers are increasing income, but at a lesser rate than inflation and they are losing the battles for profits.

Before we try to compose solutions to the problems we face, let us look back in our history of life insurance and review the lessons learned from our heroes in the field of life insurance. We immediately encounter a problem for our industry – an alarmingly lack in heroes. In our two hundred years of existence we have a long list of people who have recorded noteworthy accomplishments and persons of whom we as an industry are very proud. But who are the heroes?

In other industries, names like Henry Ford, the father of mass production of automobiles is known universally. We learned about Orville and Wilbur Wright in grade school, as we did Thomas Edison and Ben Franklin. There was Babe Ruth and Red Grange, Washington and Lincoln, Patton and Rickenbacker. But who knows about our life insurance heroes? Life insurance is one of America’s oldest and largest industries. It touches the lives of nearly everyone. There must be some heroes to study, some place in our history.

Prudential, one of our industry’s largest life insurance companies, is a highly significant economic entity. Ask a friend to name the founder of that firm or any of its past presidents and you will find no recognition of a hero type. Perhaps the founder of our first American life insurance company, the Presbyterian Ministers Fund, 1759, should be considered a hero, except no one recognizes the name of the company or the founder’s name. Consider the Insurance Company of North America, 1794, and New England Mutual, 1835, as possible sources of hero nominees and no certain names come forward in our memories.

Here is a possible nominee – Morris Robertson is considered the founder of the Mutual of New York in 1843. It was he who invented the modern agency system and is the father of the commission schedule we will labor under, fifty five and nine fives! Who wants to remember the creator of a compensation system that has from the beginning experienced a 95% failure ratio of all who have worked under it? Historical? Perhaps. Heroic? No!

As to heroes we look for persons whose thoughts or deeds have influenced the course of history or the lives of many people. We do have two nominees. The first nominee is Elizur Wright, father of cash value insurance. Elizur was an early day consumerist who challenged the ethics of life insurance companies that kept the level premium reserves of policy owners who quit their policies. He contended a reserve not used for the welfare of the policy owner should be returned to the policy owner plus interest, since it rightfully belonged to the policy owner, not the company. He became the first Commissioner of Insurance for the Commonwealth of Massachusetts in 1861. He successfully campaigned for the country’s first non-forfeiture laws. A study of the industry prior to Elizur Wright indicates that the life insurance business was not flourishing when all it had to offer was TERM DEATH BENEFITS.

Cash values arrived at a time in history when banks were paying little or no interest on savings. The rate of two percent interest on cash value reserves was received with enthusiasm. Wall Street recognized the virtues of two percent on a guaranteed basis and began promoting life insurance companies; especially mutual companies, for the stock brokers foresaw a great system for the gathering of money for investment purposes.

The term insurance advocates have chosen to overlook that it was a consumerist who developed cash value life insurance. Today’s consumerists would tend to destroy it. Whatever happens as to destruction or salvation of cash value life insurance in the future, we can feel good about nominating Elizur Wright as a hero who lead a good fight. Millions of people, many business firms who needed capital and an entire nation profited immensely from his accomplishment.

The next nominee for hero-ship is above the level of recognition and should be proposed for sainthood. The nominee for the first Saint of the Life Insurance business is Solomon Heubner, CLU, former professor of Economics and Insurance at the Wharton School of Finance and founder of the American College of Life Underwriters. This nomination is based not upon his efforts as a teacher nor as a developer of the formalized education of CLU, but as a thinker and as an advocate of a concept of insurance that is the base for all that we as an industry have done since the Human Life Value Concept was introduced by Dr. Huebner in 1915.

He taught us that the human body has a chemical content value of only a few cents, but the body at work has tremendous capitalized value as an income producing machine. It is that future potential that must be insured in favor a family, a business or both, people who would suffer financially from the depravation of the income that would have been produced had the insured not been so inconsiderate as to die or to get disabled during his or her income producing years.

The Human Life Value lifted our sights from a burial fund idea to the idea of Income Replacement. The concept has to rank in significance to the development of the airplane, the invention of atomic power and the discovery of insulin and the Sulk Vaccine.

From this concept, has come the proper economic imagery all people should have of themselves. It has lifted attitudes; it has put one’s productive efforts into prospective. It has enabled families to maintain dignity and standards of living. It has enabled businesses to survive. It has enabled the families and persons of modest means to face the future with the same confidence as those who already have attainted wealth and security.

Personal economics changed because of Dr. Huebner. People are better off substantially than if he had limited his efforts to book teaching rather than concept teaching. He is one worthy person for the nomination of “Hero and First Saint of the Life Insurance Business”.