The International DI Society – Proving Its Worth 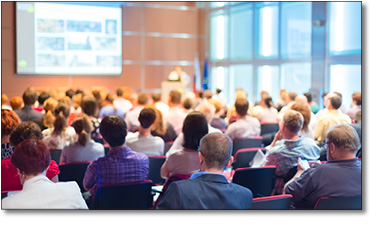 We often are asked by professional insurance producers for sales ideas, marketing strategies, what’s working, what’s not and many other similar questions.  Insurance producers are always trying to find the magic bullet.

The true answer is that there is no magic bullet! However, there are things that work, provided you do them correctly.  There are things that can elicit inquiries, provided you do them correctly.  There are many trends and ideas that come out of each year’s International DI Society (IDIS) conference that are missed, overlooked or dismissed as “that’s interesting, but it won’t work for me.”

This year’s IDIS conference in Tempe, AZ was attended by a record crowd.  Many of our more established brokerage outlets were in attendance.  If each brokerage outlet shares the ideas and information they gained from IDIS with their producers, we will have communicated with well over tens of thousands of producers, arming them with new (and old) ideas that work.

Ken Smith had an excellent presentation highlighting what worked for several of the all-time greatest salespeople in our industry.  The number one common denominator…attitude.  Ken also mentioned that consistency was critical.  You only get better by doing the same thing over and over (unless of course you are doing something that isn’t working at all).  When you take on a franchise, the franchise has a tested formula.  Do the same thing at each facility, and it will work.  Those who have failed often were trying to do something different from the franchise plan.  Was that because they thought they were smarter?

Ken’s talk reminded me of a restaurant near my office which was originally part of Tony Roma’s ribs.  It flourished.  It was great.  Then one day it changed names, but still had the same types of ribs.  What happened?  The owner told me that he wanted to offer sandwiches and other items that were not part of the franchise to try and entice a larger crowd.  Tony Roma’s severed the franchise for offering other things besides their items.  The result?  Six months later it was out of business!

Another presentation at the conference offered insight into the power of working with other financial experts (CPA’s, attorneys, etc.) and being the insurance expert.  I know several people who do this or something similar and are very successful as they hate cold calling, but work great with a team.

Group reps shared that when a case nears renewal time, they get significantly better responses and more frequent renewals when they actually call the client, not just correspondence by e-mail or mail.  Are you doing that?

If you did not take advantage of the IDIS meeting by attending, ask your brokerage outlets if they did, and if they can share any thoughts.  Also, you should plan attending next year in October.  It will take place in St Louis, MO.

The IDIS also provides its members monthly sales webinars, training programs and networking that is second to none. Are you a member?  If you are not a member, if you don’t attend the meetings, if you don’t participate with your local, state or national NAIFA, NAHU or IDIS, you should!