The Risks of Putting to Sea 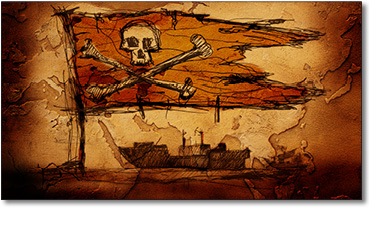 Impoverished areas dotting the coasts of Nigeria, Somalia, Malaysia, Indonesia and the Philippines have been virtual breeding grounds for partially-organized collections of criminals seeking to steal, hijack, kidnap and murder their way to fortune (“fortune” is probably too strong an assessment as most persons in question eke out a minimal existence for themselves and their families). These pirate hotspots border frequented shipping lanes, oil extraction cites and private yachting channels, replete with a constant stream of financially attractive and lucrative marine targets.

Global maritime piracy reached its zenith in 2011. During that year, there were 445 reported attacks on marine vessels by armed mercenaries. Since that time, increased awareness, better operational shipping guidelines as well as a dramatic escalation in security protocols and foreign government/military support have led to a rapid decline in international piracy. As of January 1, 2017, only 191 pirate-related incidents were reported worldwide during the previous 12 months.

This modern era of the 21st century pirate is being successfully stunted, yet maritime kidnappings for ransom are on the rise. Although the number of pirate attacks is decreasing throughout the world, the number of kidnappings taking place during those attacks is increasing. Internationally, pirates kidnapped 62 persons in 2016, all of whom were or are still being held for ransom. That is a 300% increase in victims over 2015 figures. So why are kidnapping numbers rising while the outlook on piracy seems so agreeable and the global threat on the decline?

There are no simple answers, but the most logical of reasoning points to desperation and survival. These pirates aren’t kidnapping innocent mariners, merchants and tourists because of religious ideals or some political cause. They are abducting people strictly for monetary gain. As maritime attacks are more frequently thwarted by authorities and security personnel, the antagonists are losing out on millions of dollars in revenue every year. Their obvious solution is to ransom the lives of those taken during the successful hijackings.

Furthermore, bulky cargo and large ships are physical liabilities to these criminal organizations; more so than people. The human body is mobile, less complicated to hide and less difficult to transport over vast distances, making it easier for pirates to rely on land-based operations for security purposes and ransom negotiations. Pound for pound, people are the greatest of income resources for pirates. Their value goes far beyond size and material. As more political and socioeconomic pressures are put onto these foreign pirates, the numbers of oceanic kidnappings will continue to increase.

Beyond usual security protocols and personal armament, the best protection available to those that sail the high seas is Kidnap and Ransom (K&R) Insurance. The product provides a myriad of practical and financial benefits. But the most important aspect to any worthwhile K&R plan is unlimited funding for a highly-experienced crisis response team charged with the sole responsibility of the safe return of an abducted person whether he/she be a loved one or valued employee. Considering all the facts and figures, K&R coverage should be requisite for anyone traveling or working in most countries outside of the United States and Europe.