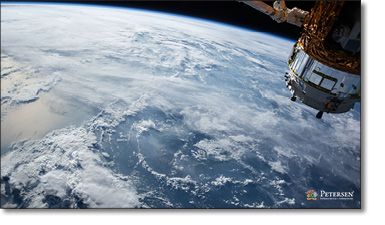 People outside of the insurance industry cannot appreciate the thrill of underwriting insurance – no, I am not being sarcastic. When your company is known for solving hard to place cases you will see some of the most bizarre requests. Each case brings a new learning experience, unique challenges, and obstacles that need to be overcome in order to mutually satisfy the applicant and the insurance company. With more than thirteen years of underwriting experience, I have collected a lot of interesting stories, and the following are my top 10 favorite cases.

A world-class mountaineer set his sights on the ultimate challenge, Mount Everest, and his insurance agent was tasked with finding life insurance that would cover the attempt. At the time, the death rate for attempting the summit was around 10% of climbers. After learning a lot about advanced climbing, the physical demands of climbing Everest, the death zone (lack of oxygen above 26,000′), pulmonary edema, and the near impossibility of rescue capabilities, I wasn’t surprised that nearly 1-in-10 climbers dies.

We were able to secure a $500,000 Accidental Death policy for the summit attempt and fortunately the climber made it home safely. 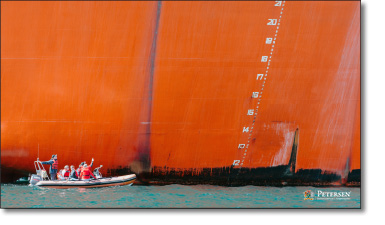 Prior to this case, I had never heard of a Harbor Pilot. A harbor pilot is an expert at navigating local waterways, knowing the tidal patterns, currents, wind patterns and all potential hazards that could affect a commercial vessel. The pilots typically board ships by small rope ladder often climbing up to 50 feet to reach the deck.

With the physical demands of the job and the huge liability for taking command over massive container ships, the pilots are compensated quite nicely. The average income for this group was $550,000 per person and the existing income protection was only covering about 40% of their income. We issued a Guaranteed-Issue group disability plan that provided an additional $25,000 per month benefit, bringing the total replacement up to 65%.

Over years I have met some really great people and one that really stands-out as one of my favorites is the late, great Leonard Nimoy. On multiple occasions, I was fortunate enough to assist Mr. Nimoy with some travel insurance. Live Long and Prosper (LLAP)!

The war in Iraq devastated the Iraqi infrastructure, and the US government was committed to rebuild it. Many of the large national construction contractors were awarded contracts to rebuild the liberated nation shortly after the war began. The contractors sent hundreds of US civilians to work in Iraq and they needed to be insured for Life Insurance. We quickly came up with a unique and flexible way to cover each individual for up to a million dollars on a “per day” basis in order to minimize the expenses to the contractors.

An adult entertainment star wanted to insure his “moneymaker” for $1 Million. “Body part” coverage is the type of insurance Lloyd’s is known for and it often helps the insured get a lot of media attention. This case was no exception. Shortly after the policy was issued, the news articles were popping-up everywhere!

An executive producer was signing a very large deal with a production company for a series of five movies, but the production company demanded a term policy be purchased on the executive producer in order to finalize the contract. Within a few days we were able to issue a Failure To Survive policy for the full $27 Million to fulfill the contract, and the deal was signed.

A real estate developer was looking for supplemental disability insurance in addition to his existing $25,000 per month benefit. With an income of $2,750,000, the existing income replacement only equated to 11% of his total income. We were able to issue a disability insurance policy to the developer for an additional $125,000 per month bringing the income replacement percentage up to 65%.

A Canadian-based airline union was looking to enhance the income protection for their members. Initially, the group was looking for disability insurance, but we were able to persuade the group to offer Loss of License insurance instead. With more than 1,000 pilots, the airline was able to leverage their size to obtain heavily-discounted premiums that were less than half the normal rates. The union presented the offering to the members, and we had a very successful enrollment.

An executive was looking to expand his business, and he needed to secure a very large loan for new equipment. In order to obtain the loan, he needed $100 million of life insurance as collateral. His insurance agent shopped the case around, and most insurance companies would only offer a few million dollars per policy. We were able to offer two separate policies, Accidental Death & Failure to Survive, each of them for $100 million. Our pricing was a bit higher than the traditional life insurance policies, so they decided to not apply for our coverage. I followed-up with the agent a few months later to see how the underwriting was going, and he told me the individual was killed in a helicopter crash and that they only had around $10 million in-force. (Read the full story here) 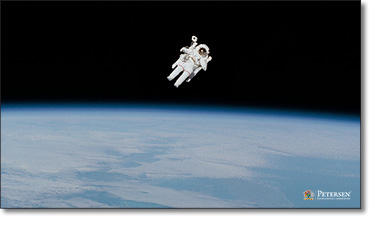 This international travel policy was literally out-of-this-world! Launching into orbit on a Soyuz rocket from Russia, a US billionaire purchased a $1 Million accidental death policy to cover his trip to the international space station. It is not uncommon for people to use insurance policies as good luck charms to feel safe. This policy was truly a first for us, and we developed special wording for the policy as our normal policy covers “worldwide” and we needed it to cover “outer space” as well. We can now confidently say we are ready for the space tourism market, and with the advances SpaceX is making, we might soon be insuring people on Mars!

Every morning, as I sit down and log into my computer, I look forward to facing a new set of challenges and exciting hard-to-place cases. Bring on the bizarre!