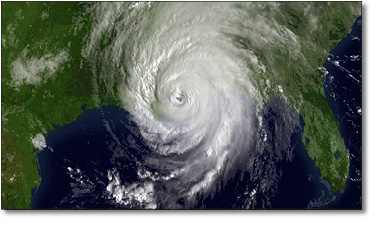 Unlike earthquakes or tornadoes, hurricanes are relatively predictable and can be anticipated and tracked by meteorologists and atmospheric experts the world over. Those in their path usually have days to prepare and evacuate. Yet, tropical-born windstorms have proven year after year to be some of the most destructive, dangerous and costly forces of nature on this planet. Their sheer size and ferocious winds cause damage and flooding on a biblical scale, resulting in loss of life and property.

Regarding insurance, hurricane damage commonly dictates annual property/casualty market success or failure in the United States and abroad, especially the fortunes of jumbo marketplaces like Lloyd’s of London that specialize in property insurance in hurricane-frequented locales throughout the coastal areas of southeastern states.

On August 25, 2017, Hurricane Harvey made landfall in Texas as a category four storm. Harvey brought severe rains and flooding to much of Southeastern Texas and Louisiana that have taken the lives of more than 50 souls and have caused billions of dollars in damage.

Over the past several days, much of the Caribbean and the entire state of Florida have been ravaged by another strong storm called Irma. The devastation is widespread, and this hurricane season is shaping up to be one for the record books.

The fiduciary effects on the insurance industry because of these storms are anticipated to be substantial, similar to those of Hurricane Katrina in 2005 and the 9/11 terror attacks in 2001. There will definitely be adjustments in the market and expected increases in property insurance premiums, but the market itself will adapt and survive as it is designed to spread risk and loss. Such huge claim volume could affect other markets like life and health, but any hardening of adjacent markets would most likely be minimal and short-lived unless numerous widespread incidents occur over the next couple of years.

The more important and pressing issue is that many thousands of Americans have lost everything and need immediate assistance. There are shortages of food, clothing, shelter and clean water. Donations are desperately needed and you can help. Petersen International has made a contribution to the Greater Houston Community Foundation in hopes that some relief can come to a wonderful city that has been greatly affected by Hurricane Harvey. Those in the Caribbean and Florida will also need assistance.

Please do what you can to help our fellow Americans cope with the devastation. Thousands of people are in dire need.