The Plague of Terrorism is Spreading 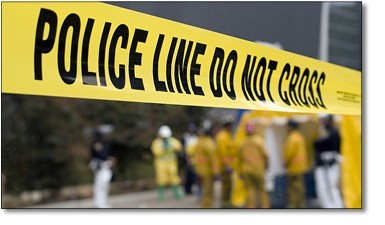 As you are most likely aware, militants affiliated with the Islamic State (ISIS) group terrorized the metropolis of Paris on November 13th with coordinated and sophisticated attacks throughout the city, senselessly murdering over 120 people at various locations.

Over the past 24 months, the world has seen an increase in these horrible crimes committed in the name of religious fanaticism.  ISIS members based in Syria have used erroneous propaganda, sickening beheadings and the mindless destruction of historical monuments to instill fear in those they hope to control in the countries of Syria and Iraq.  The videotaped executions of civilians and foreigners, a tactic used by the terrorists to warn and punish the West, have bolstered rage in governments near and far from the Middle East.

The war on terror has been amplified throughout Europe and North America and will progress and evolve for years to come.  The effects have and will continue to be felt worldwide.  The immediate effects felt in France have been an immediate and noticeable slowing in the tourism industry which could eventually be financially harmful for much of the country.

Right now, fear and uncertainty are keeping many vacationers from traveling throughout the world.  Those who are willing to venture from home need to be protected.  Travel accident insurance is a must, and considering the current state of affairs, war and terrorism coverage should be on any traveler’s list, no matter where their destination may be.

With benefits based upon multiples of earnings, accident insurance can be purchased by U.S. residents traveling or living anywhere in the world.  Additional safeguards like Kidnap & Ransom insurance, Disability insurance, Term Life insurance and International Medical insurance with war/terrorism coverage are also requisites for international business persons and vacationers alike.

The key to traveling well is to feel safe and secure even when the risk of terrorism is a true concern, as it is today.  Petersen International offers a full line of international risk products that will provide your clients with peace of mind, quelling their travel fears while protecting their finances.

Call Petersen International at (800)345-8816 for a complete rundown of our international and travel insurances and remember to ask about terrorism coverage.

Some Thoughts on Thanksgiving

Later this week, we celebrate Thanksgiving – a time to spend with family to reflect upon our lives and lend appreciation to our nation’s humble beginnings, marveling at how far we have come.  Tradition dictates that we admire that first autumnal feast of 1621 and the early Plymouth, Massachusetts settlers whom we now recognize as Pilgrims.

The debated mistreatment of Native Americans by the Plymouth Colony has in recent years tarnished the storied reputation of those Puritans who reached the New World in November of 1620.  Like the often vilified Christopher Columbus, the Pilgrim story, under the guise of political correctness, has lost some of its luster since I was a child.  Society has become more forthright about the atrocities that have historically plagued native populations in America.

Nevertheless, one must respect the dedication and bravery of those early settlers to venture into the relatively unknown and undergo such a dangerous journey across the Atlantic in pursuit of religious freedom almost four centuries ago.  They weren’t daring young explorers, nor were they well-equipped or promised riches and fame by sponsoring governments.  They were modest men, women and children, simply searching for a place to live without threat of constant persecution, free to begin anew.

The Pilgrims pioneered bartering and trading methodologies among other settlements of Europeans and native tribes alike in a sparsely populated land that would eventually be called the United States.  Their fear, their fortitude, their ingenuity birthed many aspects of our modern capitalistic way of life.

We must remember those who came before us, and learn from their triumphs and their mistakes.

Those of us at Petersen International wish you a Happy Thanksgiving.

Like many Americans and I would guess some of you, I have a tendency to eat more than I should, and I definitely don’t exercise enough.  By Southern California standards, I’m not the poster boy for health and fitness.  But like many of your clients, I work hard and I earn an income that requires appropriate coverage against the financially catastrophic perils of disablement.

Your clients, like me, must have their earnings properly insured so as to provide the consistent funds necessary to care for themselves and loved ones in case of a long term sickness or debilitating accident.  Personal disability insurance is the cornerstone of any balanced, sound financial plan, regardless of age or socioeconomic background. Read More